Velvet fabric is a sleek, soft fabric that is commonly used in intimate garments, upholstery, and other textile applications. Due to how expensive it was to produce velvet textiles in the past, this fabric is often associated with the aristocracy. Even though most types of modern velvet are adulterated with cheap synthetic materials, this unique fabric remains one of the sleekest, softest man-made materials ever engineered.

The first recorded mention of velvet fabric is from the 14th century, and scholars of the past mostly believed that this textile was originally produced in East Asia before making its way down the Silk Road into Europe. Traditional forms of velvet were made with pure silk, which made them incredibly popular. Asian silk was already very soft, but the unique production processes used to make velvet result in a material that’s even more sumptuous and luxurious than other silk products. 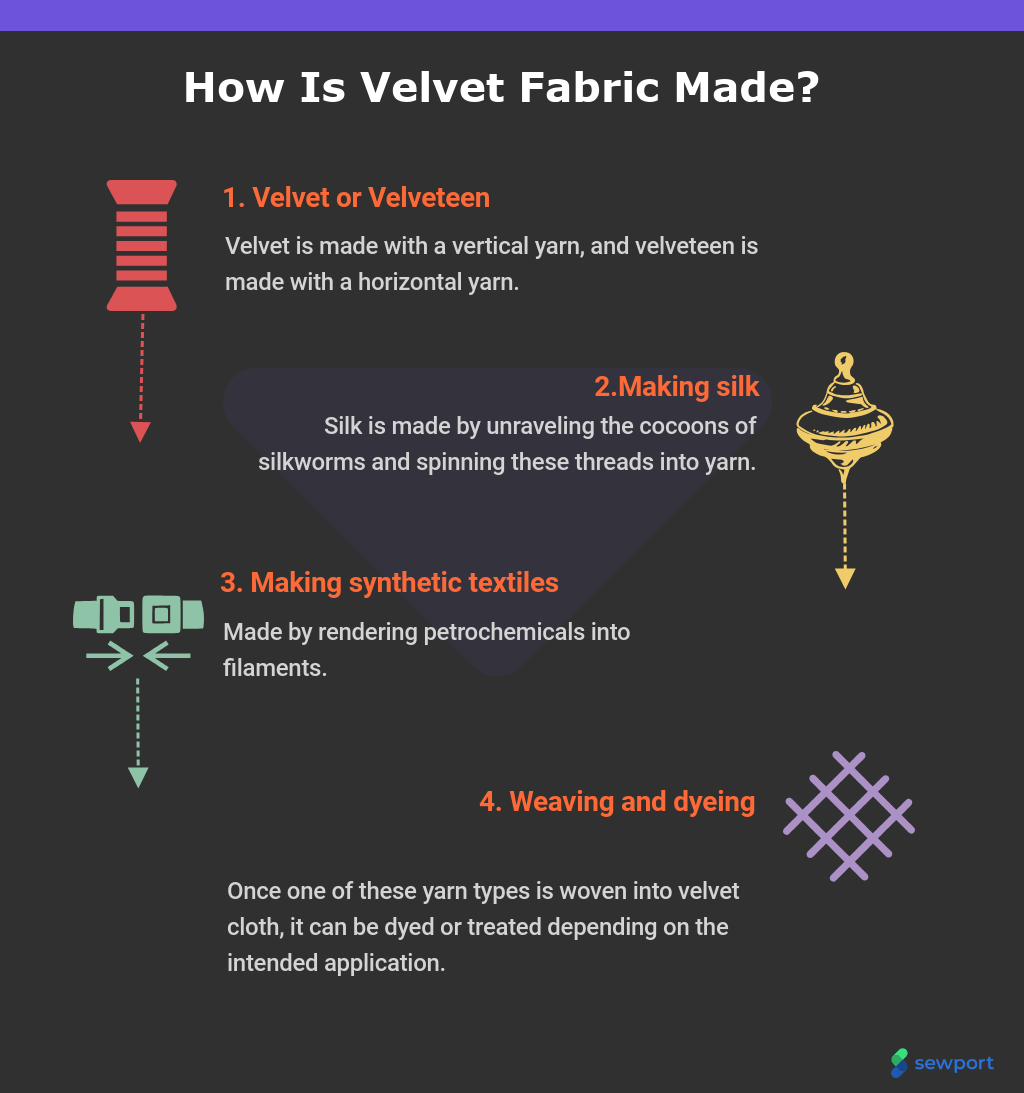 While velvet may be made from a variety of fabrics, the procedure for making it is the same regardless of which base cloth is used. Velvet is only made on a special loom that spins two layers of cloth at the same time. After that, the fabric layers are separated and wrapped up on rolls.

How does velvet fabric impact the environment?
Since “velvet” refers to a fabric weave instead of a material, it can’t technically be said that velvet as a concept has any impact on the environment. The different materials used to make velvet, however, have varying degrees of environmental impact that should be carefully considered. 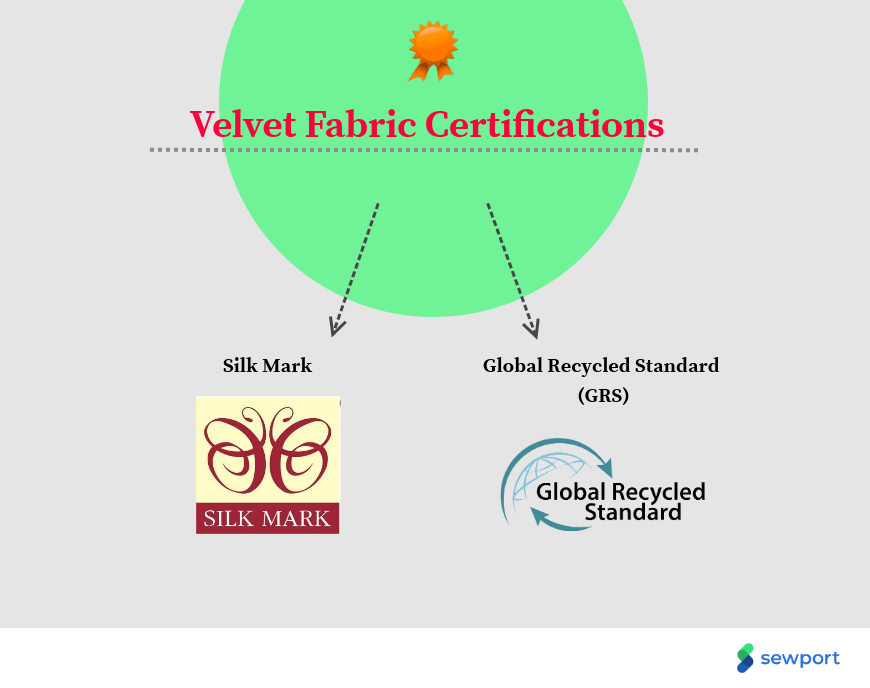 The Global Recycled Standard (GRS) will certify synthetic textiles if they can be demonstrated as containing only recycled materials. However, rayon, which is the primary constituent of synthetic velvet, is very hard to recycle, so new materials are usually used to make this common velvet constituent.

There are no reviews yet.

Be the first to review “Velvet fabric” Cancel reply